Follow in Drewyn’s footsteps. Can you find all the things he dropped along the way?

This is one of several footprints made by Drewyn when he awoke on Caer Drewyn and walked in Corwen. 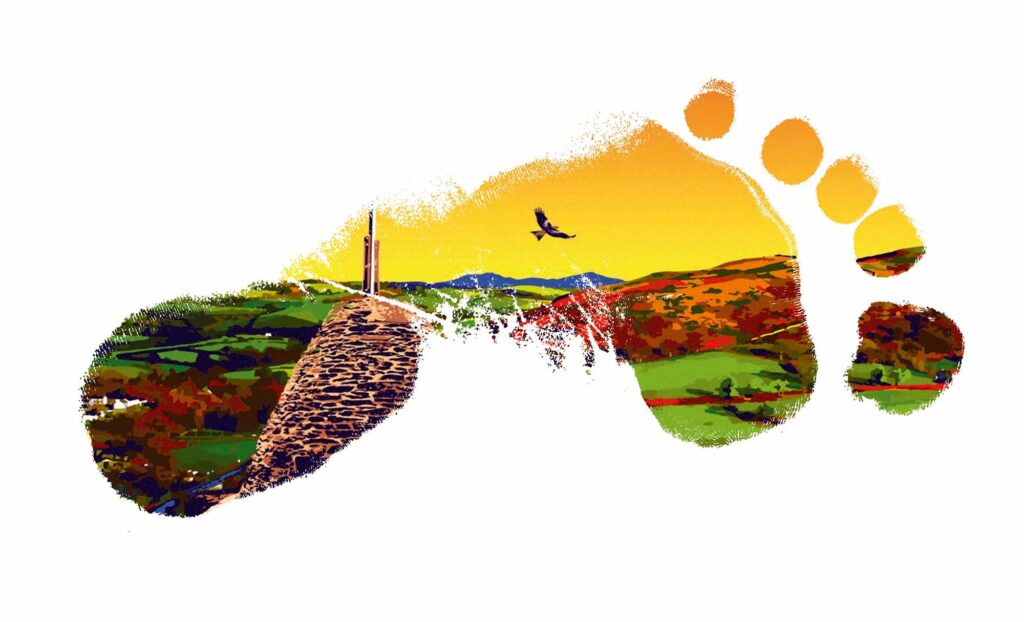 These marks in the ground were made when Drewyn Fell asleep again. Drewyn came into Corwen in search of his sweetheart the Milkmaid. He’s so big you need to climb to the top of Pen Y Pigyn to see him – but while you are here you can enjoy the wildflowers growing where he sleeps. 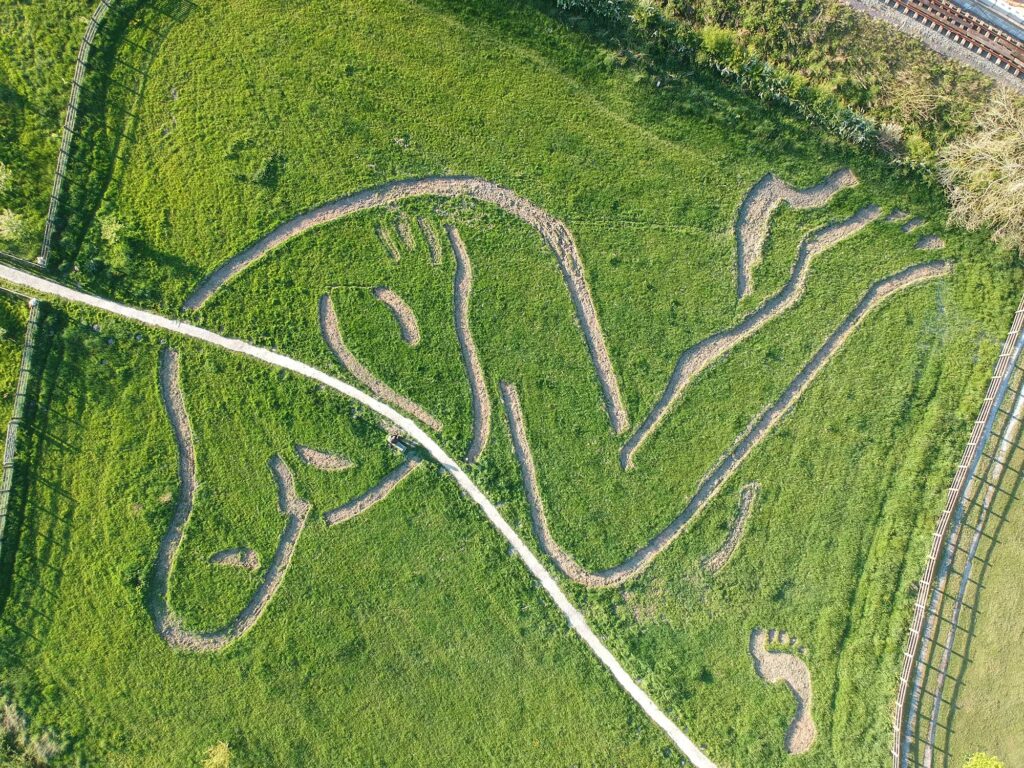 Maybe Drewyn has a hole in his pocket as he’s dropped several objects around Corwen including these coins.The image on these coins is thought by some to be a portrait of a giant and by others an image of a bird in flight. They may have been minted by Brân the Blessed who lived at Castell Dinas Brân above Llangollen, and who’s name means ‘Raven’. 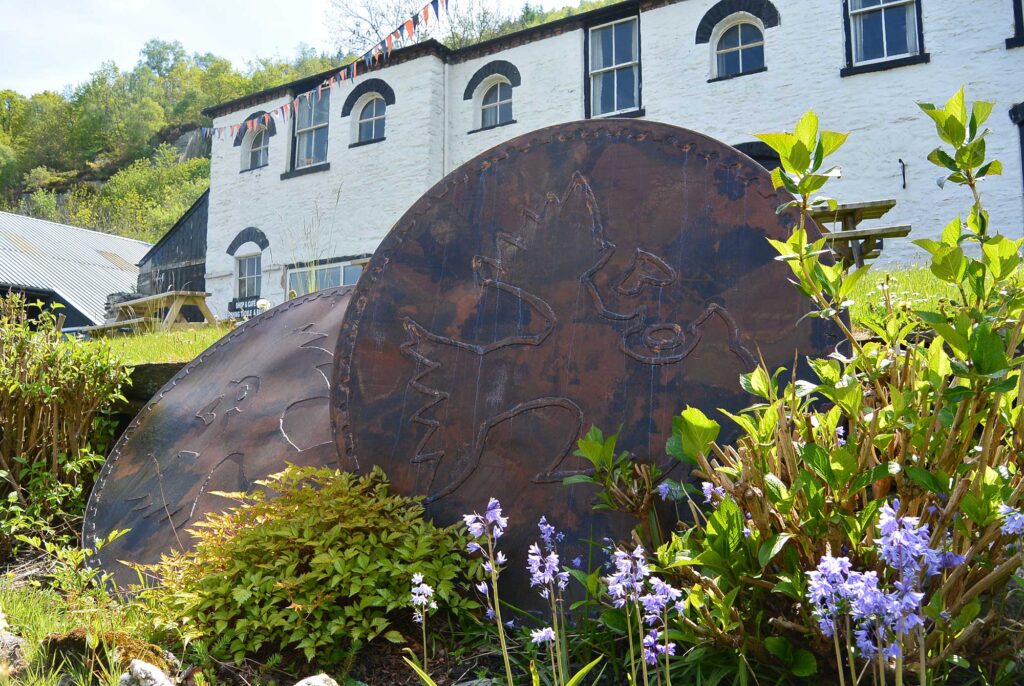 Made from a whisky barrel and filled with peat Drewyn’s pipe appears to have been made by either a Scottish or Irish giant. But how did it get here? 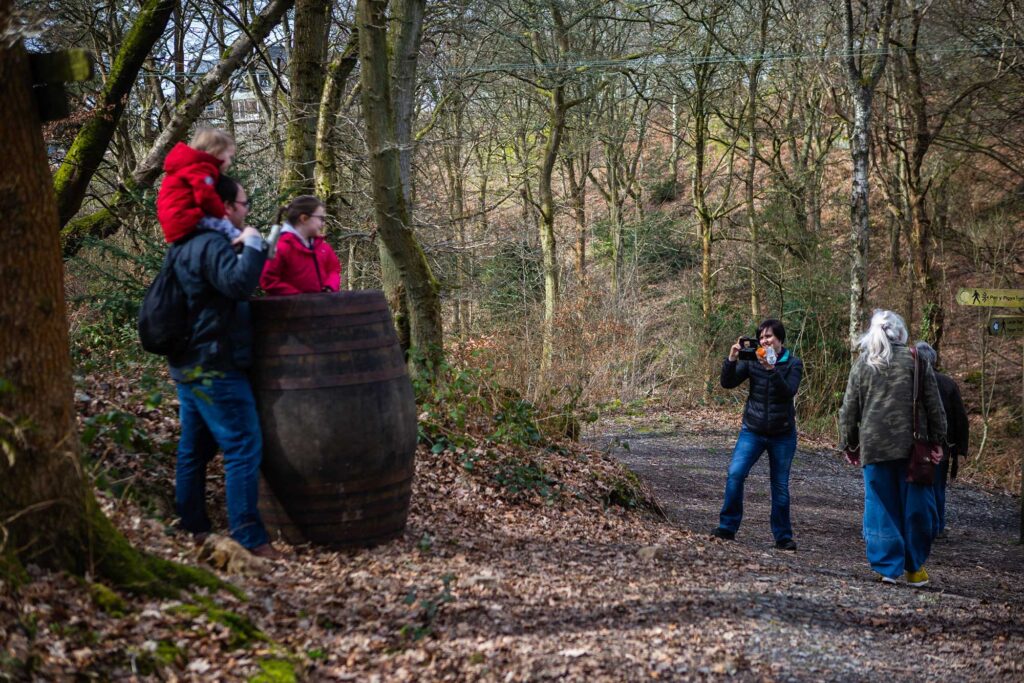 The bristles of this brush are made from rushes growing in Dol Afon. 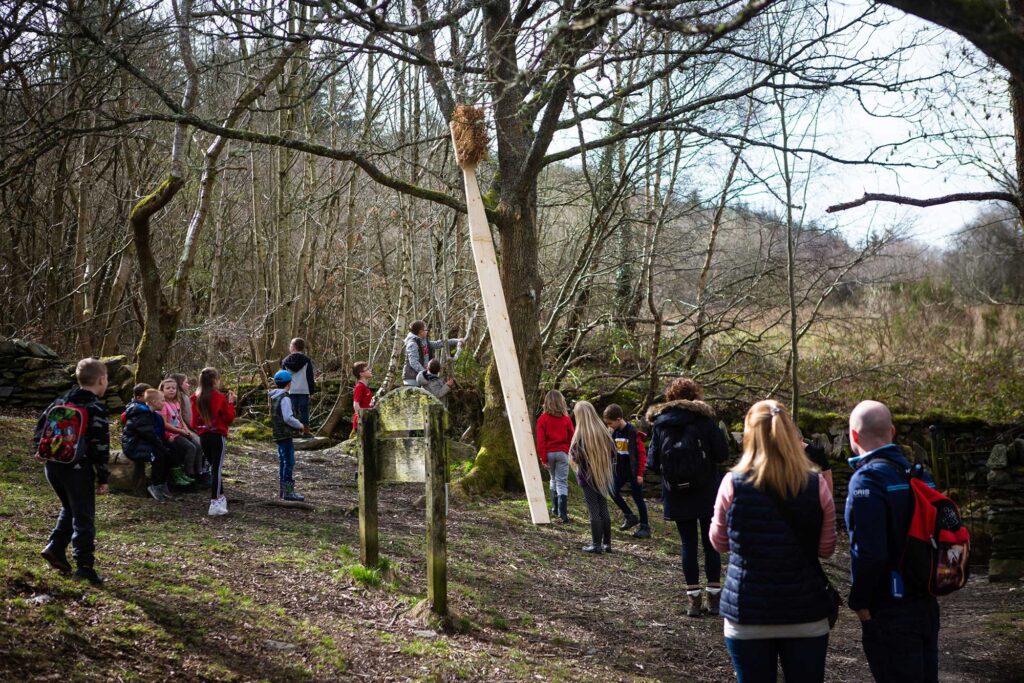 Shaped by a giant crushing the steel with their finger and thumb – they’ve squeezed the metal so hard they’ve left a thumb print in the surface. 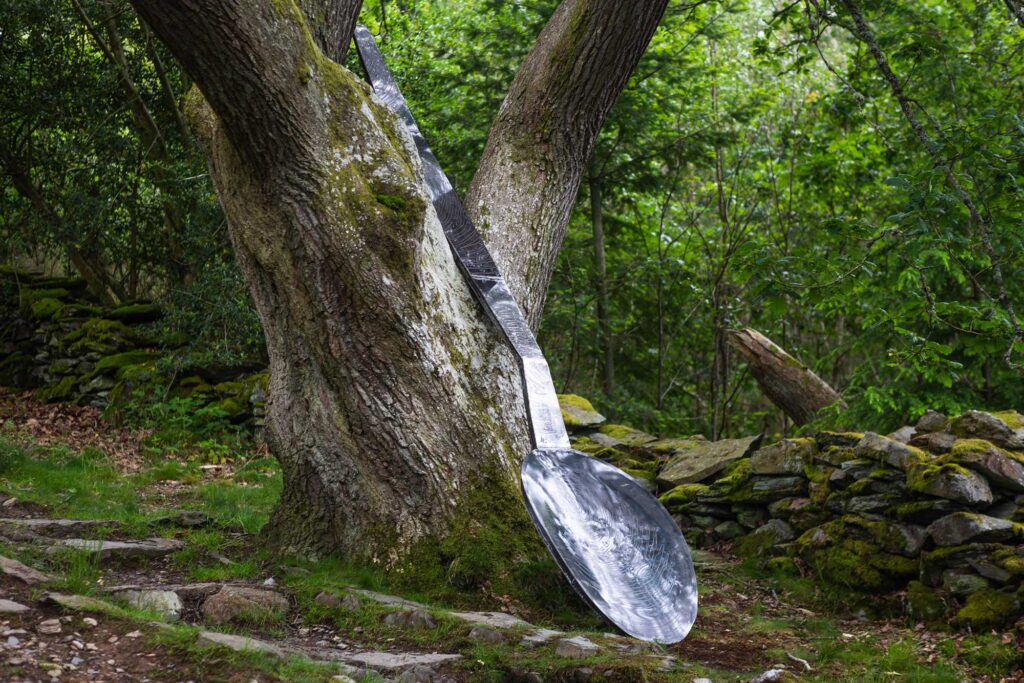 Llwy mawr i Gawr – A Spoon fit for a Giant

A beard comb which has started to sprout leaves – Giant’s combs can transform into dense forests.

8: A Needle and Thread

If Drewyn stood in the clearing on the Dagger Trail below and his Sweetheart stood here at the top of the cliff this is the only place for miles around where they could see each other eye to eye. It’s thought this Needle and Thread wasn’t made by Drewyn but made for him and that his Sweetheart left if here for him to find.

Below in Dol Corwenna you can see him sleeping and the trail of footprints he made on his latest journey. When he wakes he’ll be able to repair his pocket, gather up his belongings and they can continue on their next adventure. 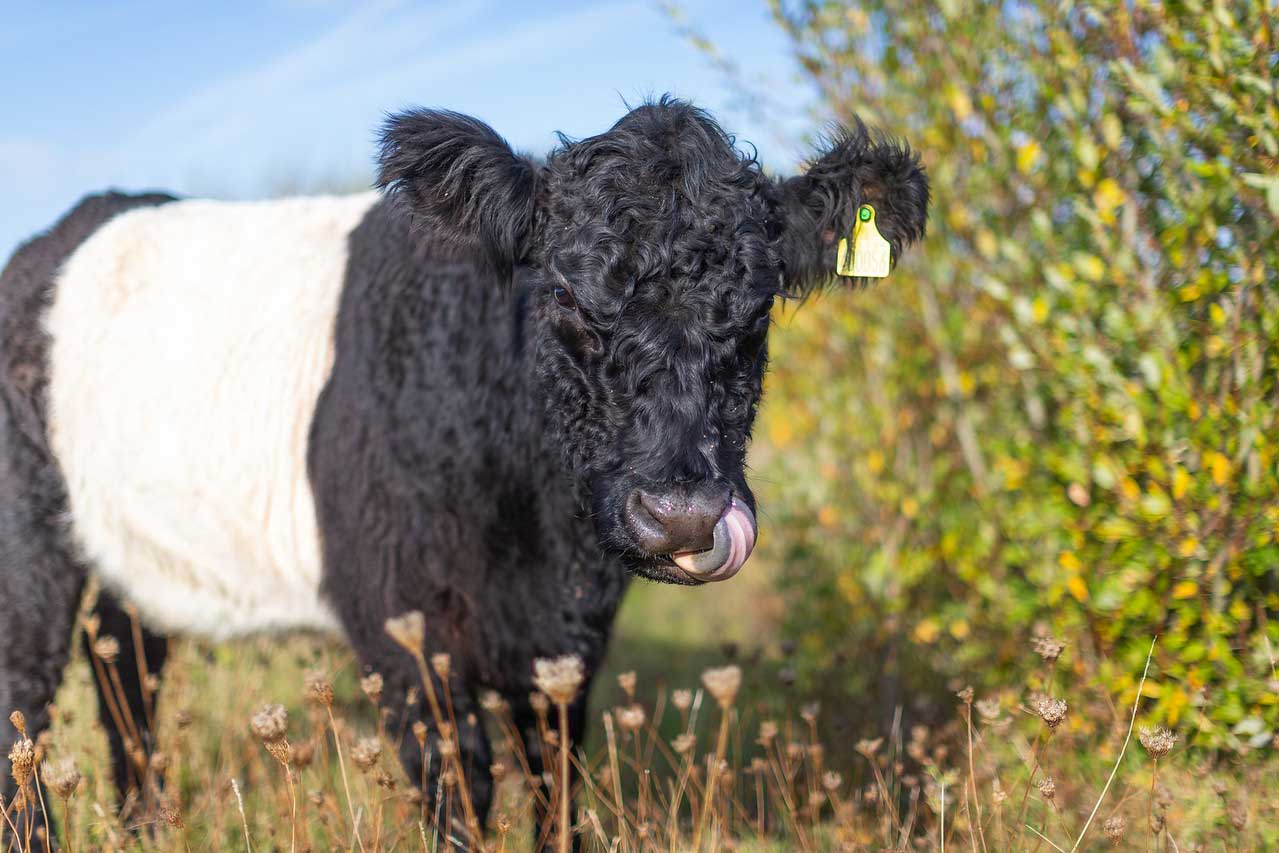 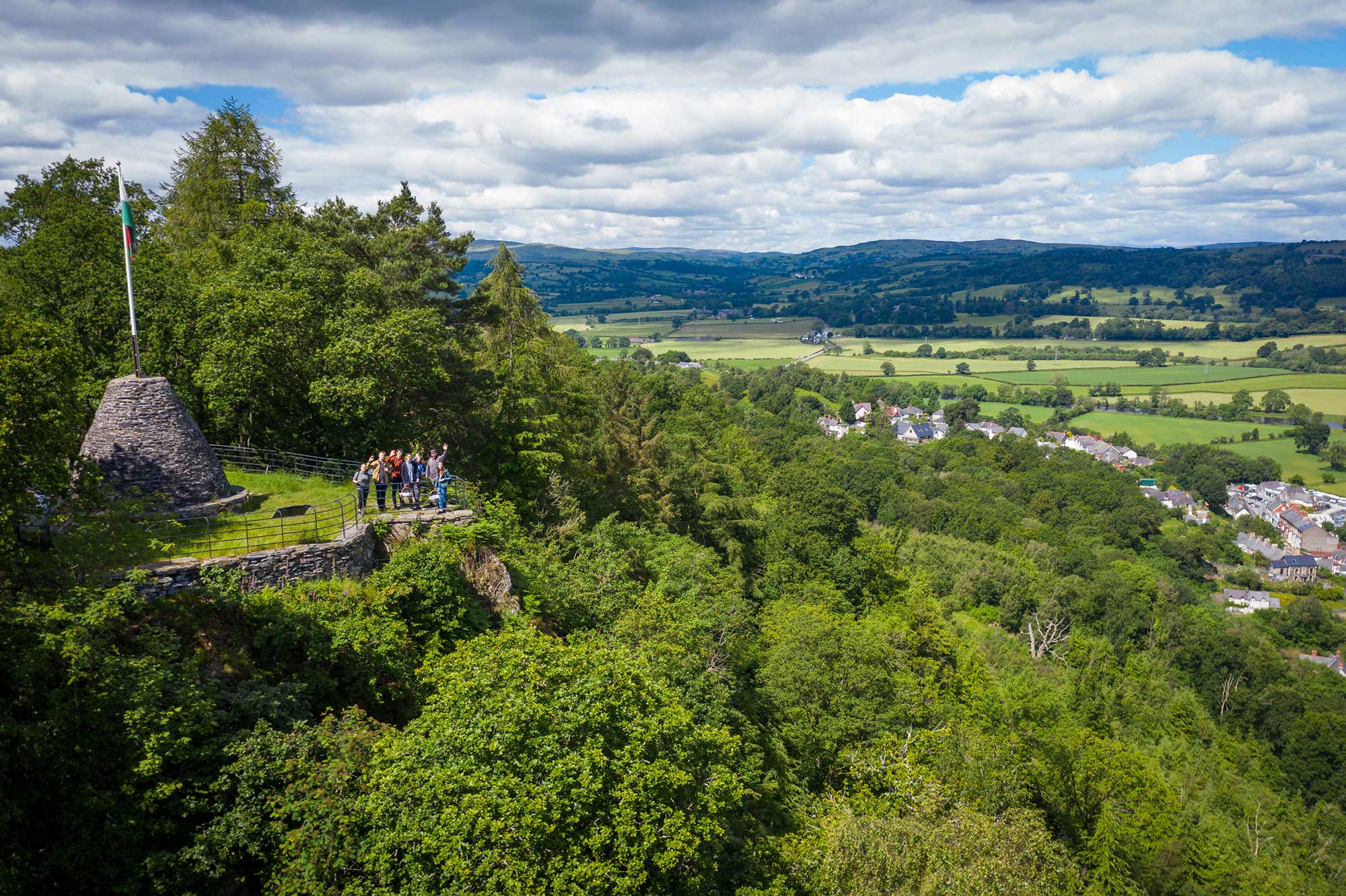 Come and wake the giant 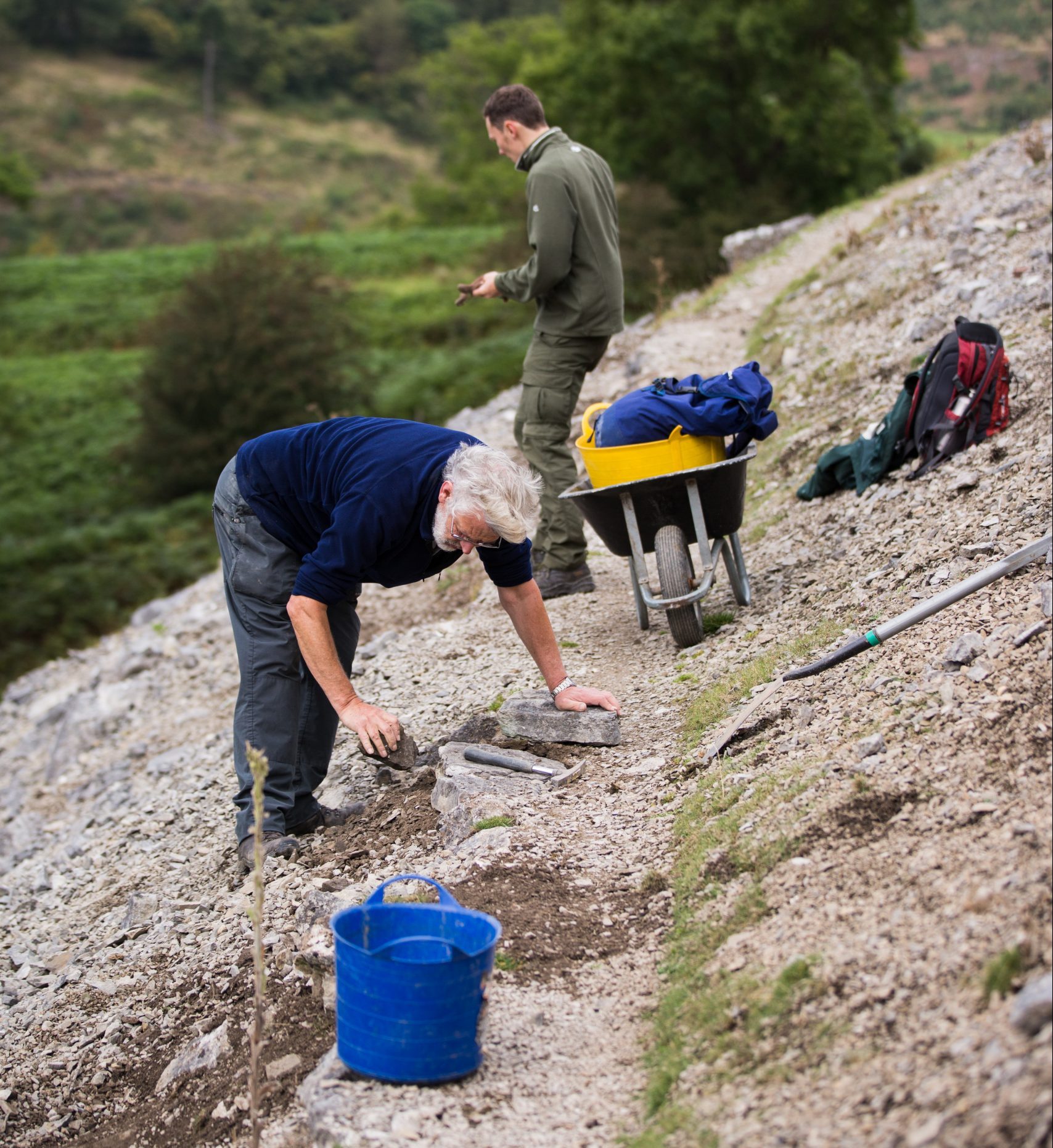 Vital work in the AONB

How to find the Corwen Giant