Moel Arthur is a small circular hillfort crowning a very prominent hill overlooking the Vale of Clwyd to the south of Penycloddiau. But although it covers only two hectares, it boasts some of the largest banks and ditches of all our hillforts.

These ramparts, or banks are slight on the west, where they form the boundary between Flintshire and Denbighshire, but much more developed to the north. There is one inturned entrance in the north-east.

Activity on Moel Arthur wasn’t limited to the Iron Age. There is a possible Bronze Age burial mound in the centre of the hillfort and evidence of quarrying on the southern edge of the hill.

Legend has it that the hill was exploited during the short-lived “Cilcain Gold Rush” by ever-optimistic but sadly disappointed gold diggers. Certainly, on the northern lower slopes of the hill you can see signs of quarrying, which are likely to relate to the ‘rush for gold’.

Following fires on Moel Fenlli when remains of a hoard of Roman coins were found, the Middletons of Ruthin Castle, who owned the string of hillforts commissioned Wynne Ffoulkes to carry out some excavations in 1849, although the precise locations or number of trenches is not clear. He did find traces of regularly built dry stone walls as well as some “coarse red Roman pottery, and flint arrowheads and corroded iron” [i].

In 1962, following a severe rainstorm, a hoard of three copper Bronze Age flat axes was found within the defences [ii].

Forde Johnston first notes the guard chambers at the entrance way and the narrow access and commanding slope of the ramparts there. He suggests that the inner bank on the north was the first phase of construction with the outer bank built later.

However, a topographical survey by Engineering Archaeology Services (EAS) in 2006 suggests that the phasing was the other way round, with the outer line of banks being older than the inner bank.

During the Lottery funded Heather and Hillforts project which finished in the early 2010s, a group of volunteers came together to learn about archaeology and digging techniques. Once the project was complete the group continued and constituted themselves to become the Clwydian Range Archaeology Group, or CRAG. They have been successful in applying for funding from bodies like Cadwyn Clwyd, the Lottery and the AONB’s own Sustainable Development Fund.

The group have been able to undertake some geophysical surveys on the slopes outside the hillfort of Moel Arthur which has been followed by excavations most summers. The excavations have shown that people have used the area around the hill for a very long time, with evidence of a Bronze Age burnt mound, possible earlier oven as well as a fascinating collection of stone tools, many made of flint and chert, but some unique tools made from limestone.
The group continues to work and results can be found at their website.

How to get there
From the Mold to Denbigh road (A541) take the first left after the Cilcain turn-off. The fort is two miles down this road with a small car park located near the site. 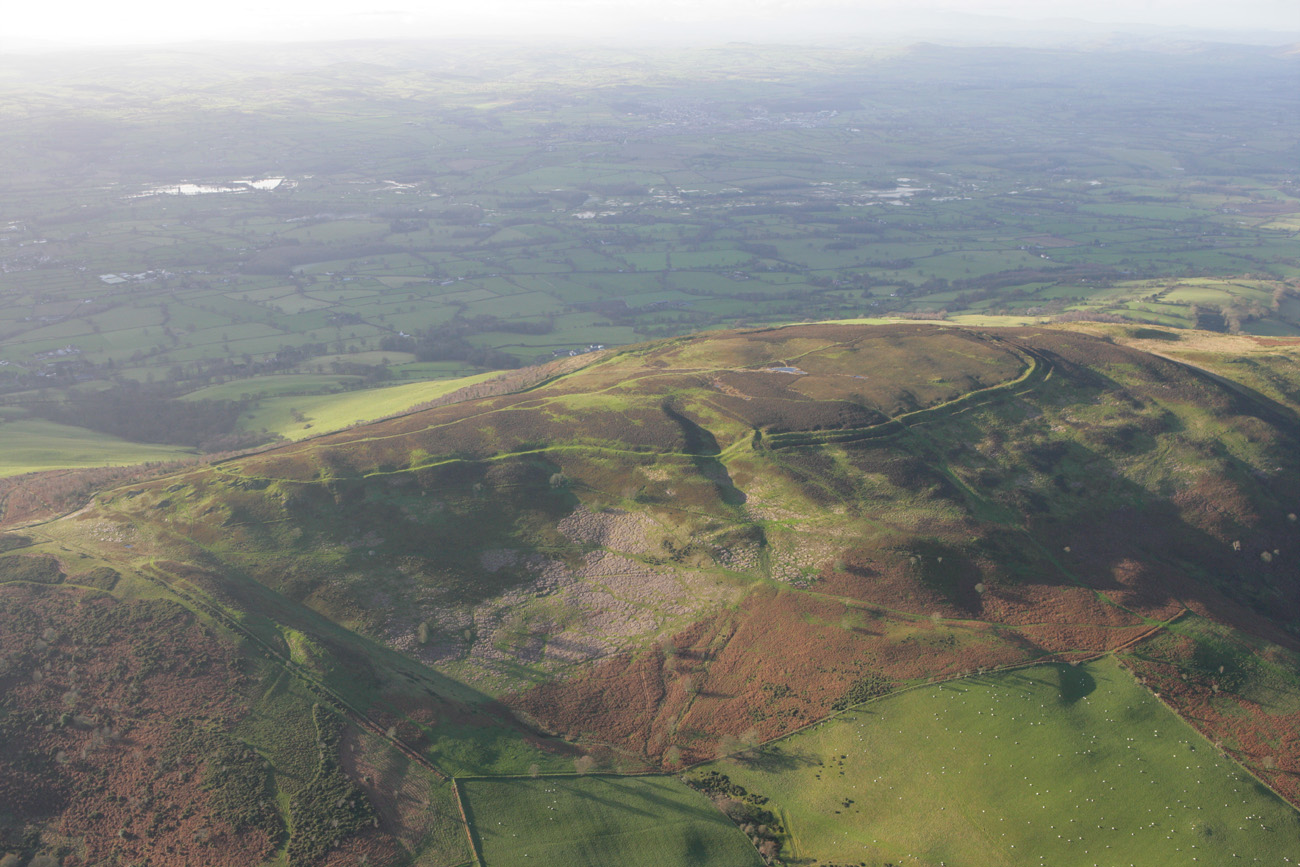 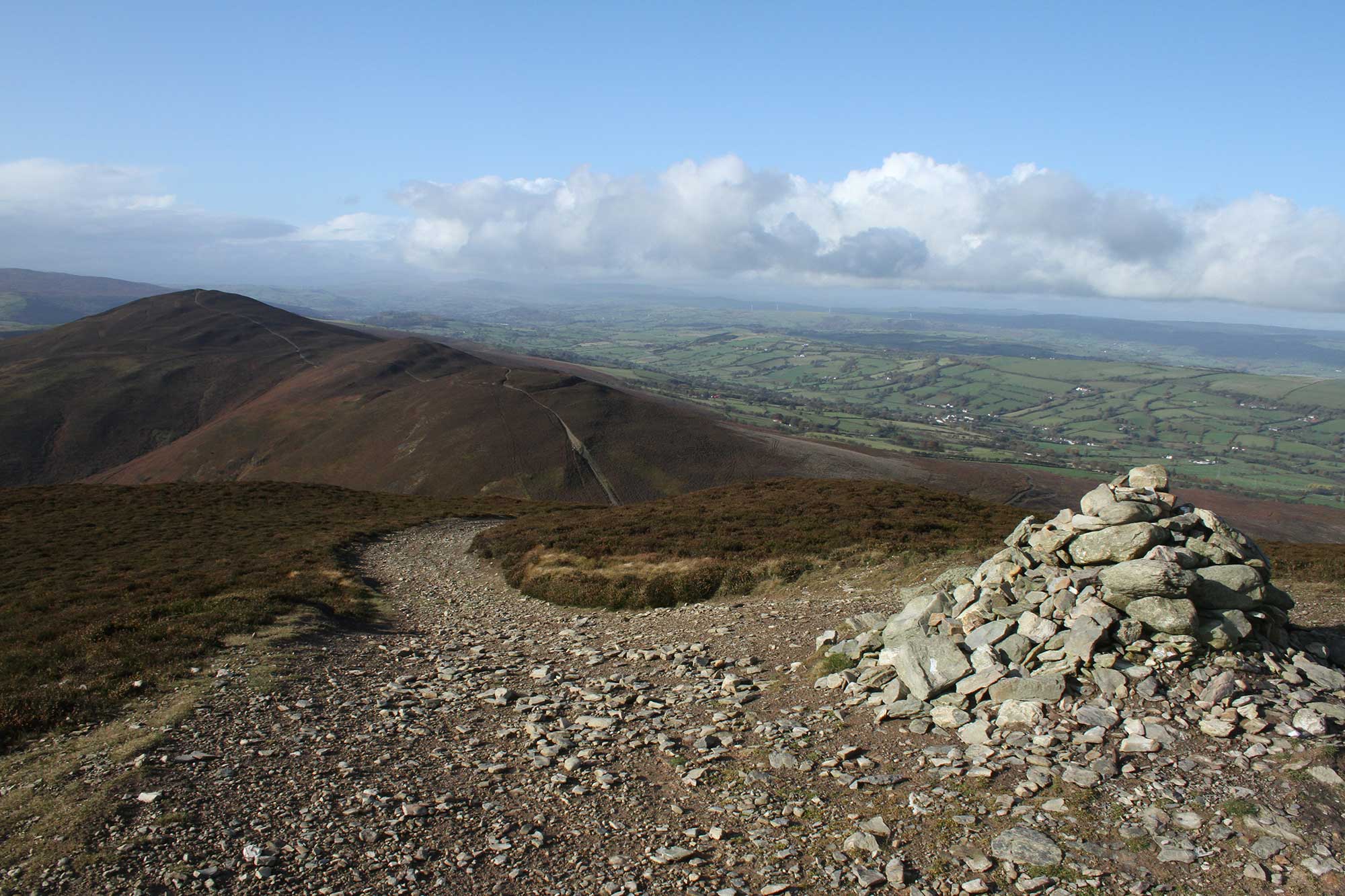 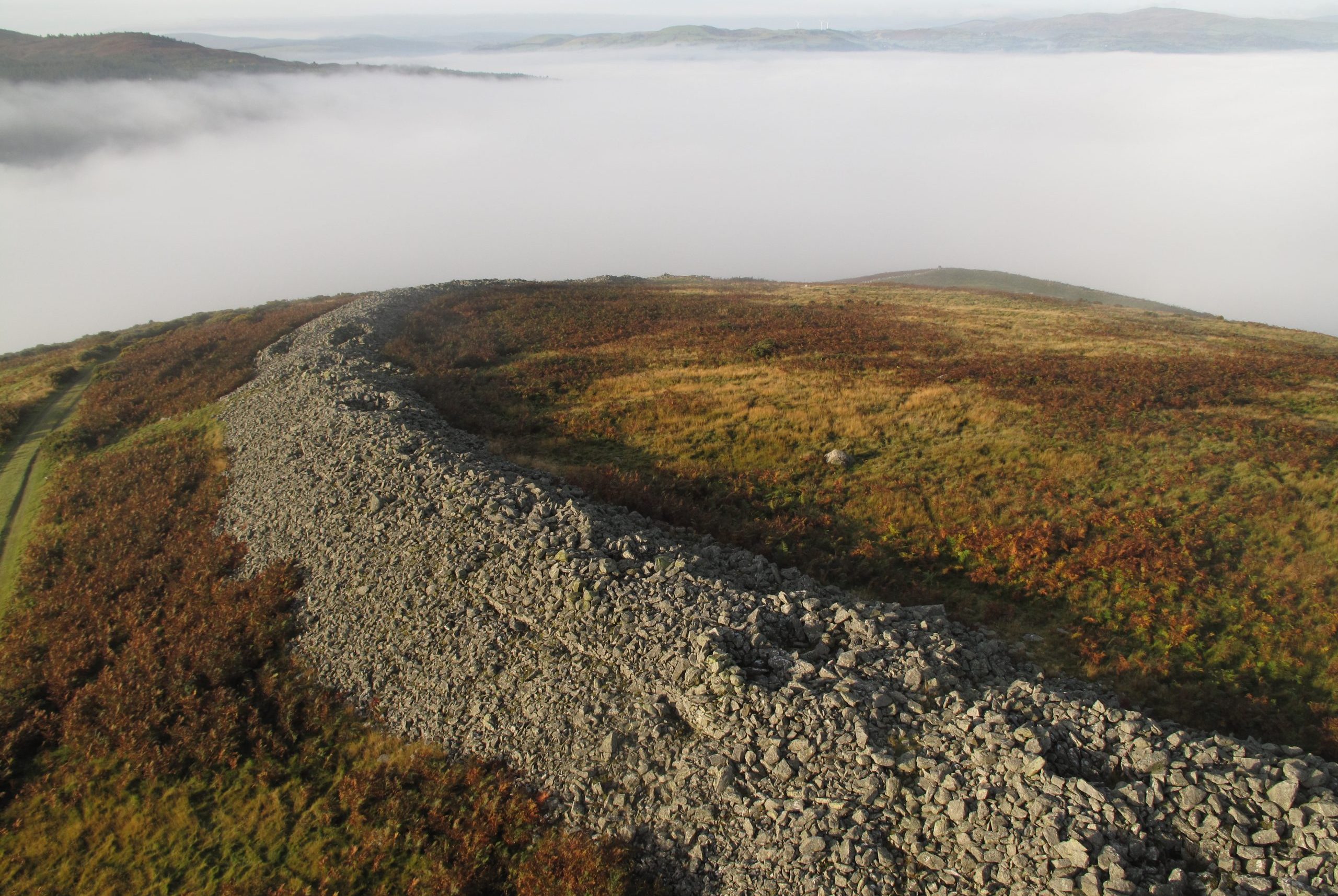